One of the experiences I’ve been pleasantly surprised by, since I started blogging, is finding a vibrant online community of people who love literary things, just like me.  One such person is Emmaline Smith.  She recently gave me a sneak peek at her new book entitled “The Turing Test.”  I enjoyed it at my desk, coffee in hand, during my son’s nap.  It read smoothly and briskly, with several story threads that seemed to weave themselves together nicely as the book progressed.

The main character, Eden, is given an opportunity through her workplace to program an artificial intelligence personality named Jessie to be as life-like as possible.  Though she is unaware of the malevolent purposes for which it will be used, she eventually discovers this by accident.  Nonetheless, she ‘teaches’ the computer program words, phrases, facial expressions, and other tactics by which it can cause people to feel connected and listened to, all with the goal of manipulating and exploiting them.  As the story progresses, we realize that Eden, following in her now-absent father’s footsteps, is a pro at these very same things.  Just like Jessie, the computer program, Eden uses her knowledge about people to influence them in a robotic sort of way.  Her relationships with others are not authentic, or genuine.  Rather, she is preying on weaknesses in order to increase her own success, appease people, or get what she wants.  As the book comes to a close, Eden’s carefully scripted life is starting to unravel.  Her love interest sees through the façade, and wants nothing to do with it.  Her attempts to leverage the unethical situation at work to her advantage are failing, and she may be in real trouble.

The book leaves off at a cliff-hanger moment, and I felt that another few chapters could have been written to bring it to a more satisfactory close.  It left me wanting more!  I wondered what would come of Eden, how she would handle the various situations she had found herself in, and what decisions she would end up making.  However, Emmaline has suggested a sequel, so I’ll look forward to reading that.

I think this book would be enjoyed by younger women, and perhaps teen girls as well.  The plot moves with momentum, and touches on a variety of relevant themes in an extremely non-preachy way.  There is enough romance to add interest, without it becoming sappy or encompassing the entire story.

I would have interest in how Emmaline may develop one particular theme, which was suggested by a passing encounter between Eden and an old high-school friend who has unexpectedly had a child.  Although they studied math together in the past, they now lead sharply contrasting lives – the friend working as a waitress to support her child, and Eden experiencing the success (and stress?) of career and the freedom (and loneliness?) of singleness.  Might they rekindle their friendship?  What could they learn from each other?

Many thanks to Emmaline Smith for sharing her story with me and making my coffee break significantly more interesting.  She is a gifted story teller and I look forward to reading more of her work!

3 thoughts on “Book Review: “The Turing Test” by Emmaline Smith” 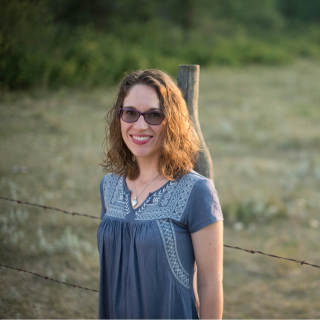 Walking imperfectly... delighting in Jesus... sharing about it here.